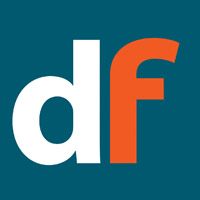 Biologic drugs, and Biosimilar drugs
A biologic drug is a drug that is made using human or animal tissue or micro-organisms. Biologics are generally larger and more complex than traditional chemically produced drugs.

Copies of biologic drugs are called biosimilars, or subsequent entry biologics (SEBs). Biosimilars are not exact copies of the original biologic and are not considered generic drugs. However, they are highly similar to a biologic drug, and have the same efficacy and safety as an approved biologic.

The company that first researched and developed the drug holds a patent on the drug so that no other company is allowed to sell it. When the patent expires, other companies are allowed to make copies of the drug.

Co-pay
A co-pay is the percentage of the cost of the prescription that you pay for your drug. Let's say the co-pay for a drug is 20%. This means you will pay 20% of the cost of your prescription — and your drug plan will cover the remaining 80% of the cost. In other words, if the drug costs $100 at the pharmacy, you would pay 20%, or $20. Your drug plan would pay 80%, or $80. In the Reformulary, there are three different co-pay levels or 'tiers'.

DIN
A Drug Identification Number (DIN) is an eight-digit number located on the labels of drug products authorized for sale in Canada.

Drug class
A drug class is a group of drugs that have something in common. They are similar in some way, but not identical. Drugs in the same drug class may have similar chemical structures, they may work the same way, and they are used for the same purpose – that is, to treat the same medical condition.

DrugFinder
DrugFinder™ is a search tool for the Reformulary, an evidence-based list of drugs that relies on the trusted advice of an independent panel of doctors and pharmacists. Our panel reviews massive amounts of research and evidence about thousands of drugs, and recommends drugs based on how well they work (clinical effectiveness) and how much they cost (cost-effectiveness).

Formulary
A formulary is a list of drugs covered by an employer, through its extended health plan, or through a publicly funded drug plan such as BC Fair PharmaCare or the Ontario Drug Benefit Program.

Like brand drugs, generics are approved by Health Canada before they can be sold on the market.

Grandfathering
Grandfathering means the old rules will apply for a specific period of time. After the grandfathering period is over, the new rules kick in and the amount you pay for the drug will likely increase.  Some drugs are grandfathered indefinitely.

If you are taking a non-preferred drug, search DrugFinder to look up the preferred alternatives.

Reformulary
The Reformulary® is an evidence-based list of drugs that relies on the trusted advice of an independent panel of doctors and pharmacists. Our panel reviews massive amounts of research and evidence about thousands of drugs, and recommends drugs based on how well they work (clinical effectiveness) and how much they cost (cost-effectiveness). DrugFinder is a digital tool to search the Reformulary – it provides built-in advice to help Canadians make smart drug choices.

To request coverage, you and your doctor need to fill out a SA request form and provide a well-documented medical reason why you need to take the SA drug. You will then need to submit the request to your insurance company or plan administrator.

Tier
Drugs are placed on tiers – or levels – based on healthcare value. Preferred drugs are on tier 1, and include drugs that provide the best combination of clinical effectiveness (how well the drug works) and cost-effectiveness (how much the drug costs).

Non-preferred drugs are on tier 2 or tier 3, and include drugs that provide a 'less-good' (poorer) combination of clinical effectiveness and cost-effectiveness.

What is evidence
The term evidence refers to the available clinical data related to the efficacy, safety, tolerability, adverse events of a drug, as well as the cost of the drug compared to the clinical benefit.

Our expert panel relies on evidence from clinical trials studying the drug, as well as independent reviews by expert organizations around the world, including the Common Drug Review. Using the evidence, our panel conducts a rigorous and thorough review of each drug compared to other drugs used to treat the same medical condition.

Our drug review process has an international patent pending.